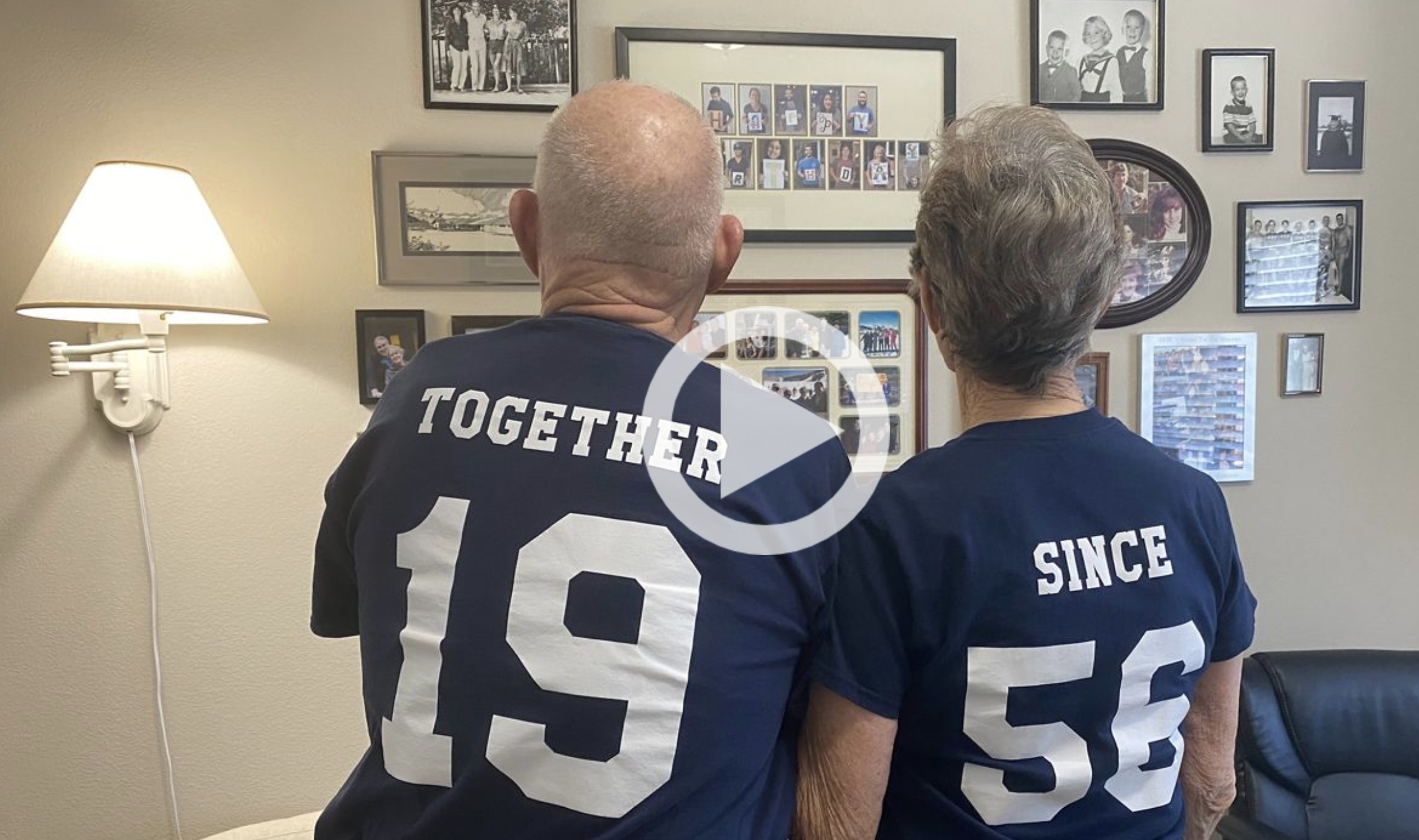 FULLERTON, Calif. — Life is a journey and the Wallace’s have signed up to be lifelong partners for the ride.

“I just peddle. I’m trusting him,” said 83-year-old Judy Wallace, as she sat behind her husband on their tandem bike.

“It’s more than that because I’m the captain and I’m in charge. I’ve tried for 65 years to be there and I finally made it,” said 87-year-old M.H. “Pete” Wallace.

That sense of humor was what started this adventure for Pete who was a 22-year-old diver at the time he first laid eyes on Judy, who was 19 and a synchronized swimmer at the Athen’s Athletic Club in Oakland. Pete was in the United States Coast Guard.

The couple recalls the moment Pete saw Judy with nine other synchronized swimmers. He says he knew that he had to speak to her and make an impression.

“So I tapped her on her shoulder. I don’t know if it was the right shoulder or the left shoulder, but I said I could get a good deal on a typewriter,”  said Pete Wallace.

He says that pick-up line didn’t work for any of his friends, but it worked for them. The couple settled in Clovis with their four children, but ended up moving into a retirement community called Morningside of Fullerton. Together they have 16 grandchildren.

“A lot of people do grow and change, and grow apart. Fortunately, we grew and grew together. We had a lot of common interest. He wasn’t heading one way and I was heading the other. We were always heading the same direction,” said Judy Wallace.

The ride has been bumpy at times, but the couple say none of the hills could compete against their love for each other and their children.

Valentine’s Day weekend is here and the Wallace’s have advice for couples.

They say every couple’s journey is different, but there will times where you’ll walk side by side, and other times you have to let one person take the lead and support them from behind. Pete and Judy are celebrating their 64th wedding anniversary in March, but say their adventure is never-ending.